August 20, 2019 / by ballesteros73 / In News, Sport, Sports, Travelling / Comments Off on Lenny Maughan, the runner who creates figures with his routes

Lenny Maughan, the runner who creates figures with his routes

Jogging is a truly healthy activity for both physical and mental health; we all know this already. But, there are people that find it quite boring.

San Franciscan Lenny Maughan doesn’t have any problems with motivation though, he loves to run! He uses the social fitness app Strava to create amazing pieces of ‘running art;’ carefully planning his route beforehand to run in the pattern of a certain image with the streets of San Fran as his canvas. 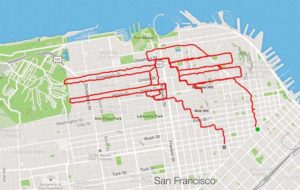 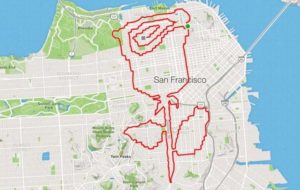 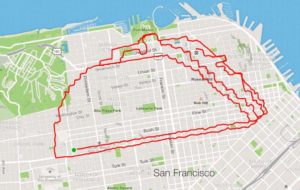 Lenny, who’s childhood dream was to become an artist, has created 53 works of art so far including cats, the Vulcan hand gesture from Star Trek and more recently, an incredibly detailed image of the artist Frida Kahlo which has gone viral on Reddit. Lenny sometimes has to run incredible distances – his ‘Frida Kahlo’ masterpiece covered 29 miles and took almost 6 hours to complete – all the while being careful not to make any mistakes. A single wrong turn can ruin the whole piece! 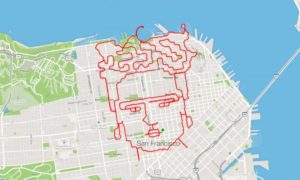 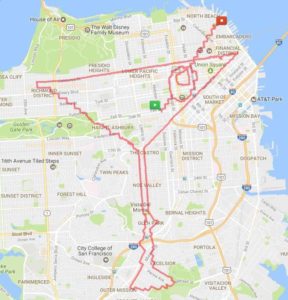 However, Lenny is not the only person taking up running app art. When the app was first noted to be able to track images, a likely outcome occurred. Like all new technologies, the first “masterpieces” created were of course of penises and other such lude images. But even classical artists started with this traditional anatomical starter and pleasingly runners have moved past this to create incredibly intricate pieces. The runners create the pieces by tracing their route onto a map, then running the route to create distinctively recognisable pieces through the roads, paths and estates in their local area.